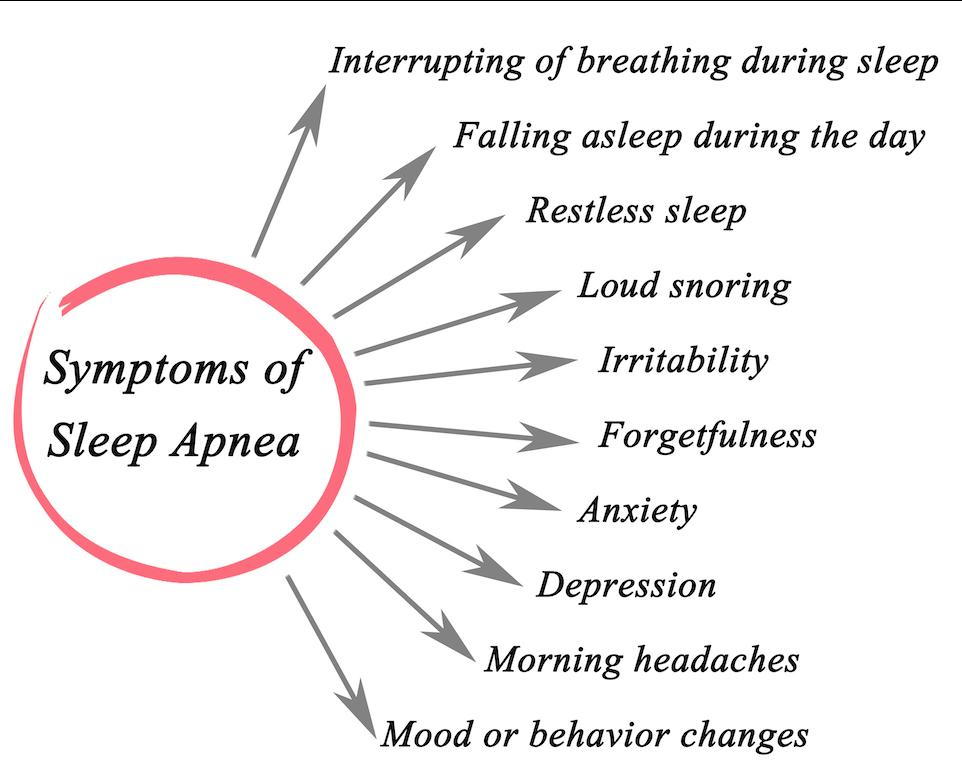 It is estimated that nearly 18 million Americans or 1 in every 15 people suffer from sleep apnea.

Sleep apnea is a serious and chronic health condition that is also progressive, which means that it can get worse with time if left untreated. It is categorized as a sleeping disorder.

Sleep apnea, in its simplest definition, is when one’s breathing is interrupted while sleeping. The cessation of breathing can last anywhere from 10 to 30 seconds and, in severe cases, can occur 400 times in a single night!

Sadly, a lot of people go undiagnosed because they are unaware that they are even suffering from this condition. In a lot of cases, it is an outside party that realizes a loved one has a problem.

The reason you have restless sleeps, groggy and tiresome days, and find yourself irritable, lacking energy, unfocused, and unmotivated might be linked to sleep apnea. It is such a common disorder that it is commonly overlooked as the culprit.

There are three main types of sleep apnea.

Obstructive sleep apnea is caused when there is a partial or complete block in one’s airway while one is sleeping. When you go to sleep, and your body relaxes, your throat muscles also relax, which allow your tongue and surrounding soft tissues to fall back.

This can cause an obstruction and the restriction of airflow. Your brain sends out a signal that your body needs to breathe (thank goodness it does this!). Typically, one suffering some OSA will wake up gasping for air. Once sufficient air is circulating back through the body again, this vicious cycle will tend to repeat itself through the night.

Central sleep apnea is different from OSA in that there is no obstruction of the airway, but rather a lack of signal from the brain instructing the muscles that are responsible for breathing to perform properly. This is related to an unstable respiratory center. CSA is much less common than OSA but nonetheless dangerous. Often, other medical conditions are responsible for central sleep apnea.

In the coming weeks, we will dive deeper into this common sleep disorder by looking at symptoms and causes, shocking statistics, diagnostic methods, treatment options, and the consequences of not receiving proper and timely treatment.