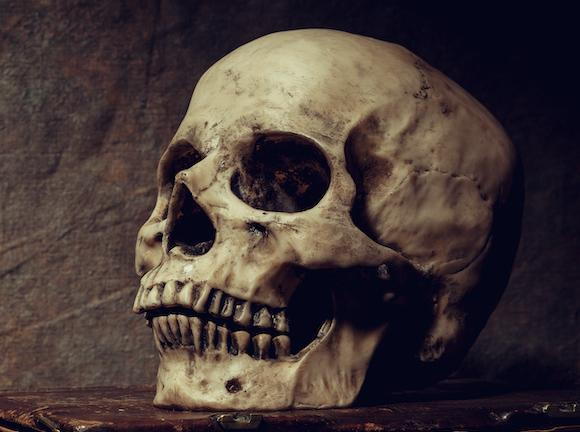 The worldwide prevalence of malocclusion (defined as an irregularity concerning teeth alignment—or in other words, crooked teeth) is 56%, with America having the third-highest prevalence (53%) after Africa (81%) and Europe (72%). This probably shouldn’t really come as that much of a surprise as getting braces is basically like a rite of passage and has been for decades.

But have you ever stopped to wonder what our ancient ancestors did about their crowded and crooked smiles? How did humans thousands of years ago address this all-too-common dental problem? Was there an ancient way to fix an ill-aligned mouth like our modern braces or Invisalign?

The short answer is our ancient ancestors didn’t need Invisalign because most of them had perfectly straight teeth. Ancient skulls collected and examined from around the world dating back to the Stone Age show that our hunter-gatherer ancestors had pretty flawless oral health, including proper teeth alignment.

How is this possible, you ask? What was their big secret to smile perfection?

The secret to their striking smiles is that their jaws had ample room for all their teeth, including their wisdom teeth. Malocclusion is essentially the result of not having enough room for all 32 teeth to sit properly in the mouth. Our ancestors had bigger jaws, so space was not an issue.

The next question then is, why are our jaws so much smaller now? And when exactly did this evolutionally change become noticeable?

About 3.3 million years ago, humans learned how to cook their food and use tools to cut smaller bites. This new behavior was the catalyst for an evolutionary change. Then when we shifted our way of life from hunting and gathering to settling down and farming some 10,000 years ago, the need for big, powerful jaws became even more obsolete. Other changes in our diet, the way we sleep, and even the way we breathe have contributed to the evolution of our jaws. Today, we face a jaws epidemic that has led to breathing problems like sleep apnea, which may contribute to lowered IQ, shortened attention span, and difficulties with memory.

As the gateway to the rest of our body, malocclusion can contribute to an array of severe chronic conditions. So, straightening your teeth with Invisalign isn’t just a matter of aesthetics.