A Healthy, Sustainable, and Safe Alternative to Fish Oil Pills

A Healthy, Sustainable, and Safe Alternative to Fish Oil Pills 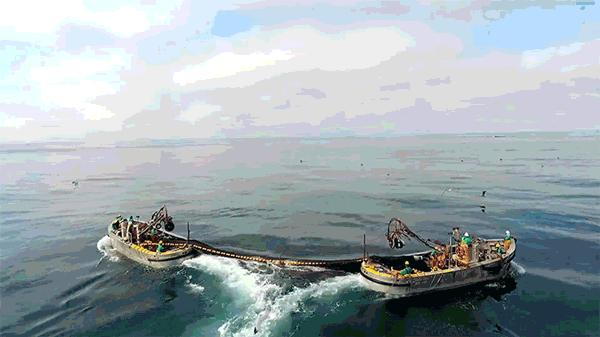 Fish oil supplements are in the top three most widely used dietary supplements. It is a multi-billion-dollar industry in the United States alone. According to the National Institute of Health, people stated that their reasons for taking fish oil supplements were to help with heart disease, stroke, depression, high blood pressure, attention deficit-hyperactivity disorder, diabetes, obesity, kidney disease, osteoporosis, dyslexia, Alzheimer’s disease, dry eyes, glaucoma, and even movement disorders. Basically, it is commonly believed that fish oil, which is high in omega-3 fatty acids, is the cure all miracle pill.

Omega-3 is a fatty acid that our bodies cannot produce; it must be consumed. It is an important fatty acid though, especially for brain function, heart health, and its anti-inflammatory properties, among other benefits. It is time that we reevaluate where we are getting our omega-3 fatty acids from though. There is definitely an environmental issue that goes along with the fish oil industry, as well as some potential health risks.

The same way that your protein doesn’t necessarily need to come from animals, neither does your omega-3 fatty acids. The most commonly caught fish for fish oil pills is the menhaden. This filter feeder is rich in omega-3 because it consumes copious amounts of algae. Just like us, fish don’t produce omega-3 fatty acids, they have to get it from other sources.

Half a billion menhaden are caught every year in North America to keep up with the demand for fish oil pills. A major issue with removing this amount of menhaden from the Atlantic and Gulf Coast is that without them necessary water filtration doesn’t take place. Menhaden filter four to six gallons of water every minute. In doing so, they prevent oxygen-depleting algae blooms from happening. Consistent algae blooms can cause an area in the ocean to become a dead zone. As you can see, the menhaden play a vital role in keeping the ocean clean and alive.

You must also keep in the mind that our oceans are far more contaminated now with chemicals released from plastics and heavy metals like mercury, lead, and arsenic, which end up in the fatty tissues of the fish that the oil is made from.

Instead on relying entirely on eating fish and taking fish oil supplements to get your daily source of omega-3 fatty acids, what if you could cut out “the middleman” and just consume the source? Flax seeds, chia seeds, hemp seeds, and sesame seeds (you can find these in seed form or oil form) are some of the easiest to find and buy plant-based alternatives. Algae (also can be found in oil form) is literally the direct source of the omega-3’s the we are getting from the menhaden, salmon, tuna, mackerels, and sardines we consume for this valuable fatty acid.

Juice Plus+ recently released a fourth blend to compliment the Orchard, Garden, and Vineyard blends. The Omega Blend is one of the most sustainable and safe omega supplements on the market. Not only does the Omega Blend contain omega-3, but it also includes omega 5, 6, 7, and 9. This completely plant-based blend contains pomegranate seed oil, raspberry seed oil, sea buckthorn seed oil, tomato seed oil, safflower seed oil, and algal oil. You can also say goodbye to fishy burps when you give up fish oil for a plant-based alternative!

We live in an era of information and choices. If there is a more sustainable, environmentally-friendly, safe, and superior option, why wouldn’t you take it? You are better off enjoying sustainably caught salmon and tuna in its filet form and supplementing your diet with plant-based omega-3 sources than taking fish oil pills that are detrimental to the ocean and potentially to your health.

The choice is always yours!